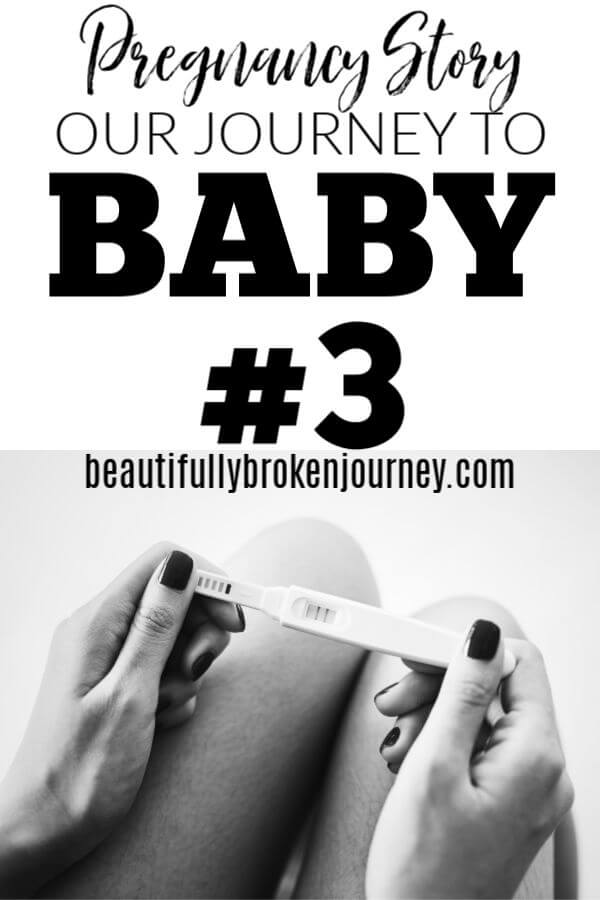 We began trying for our third baby this spring.  I have never struggled to get pregnant.  I don’t share that to be insensitive, I’m sharing that so you can understand the context from where I am starting this story.

We conceived both our boys the first month, one of them was planned, one was very unexpected. 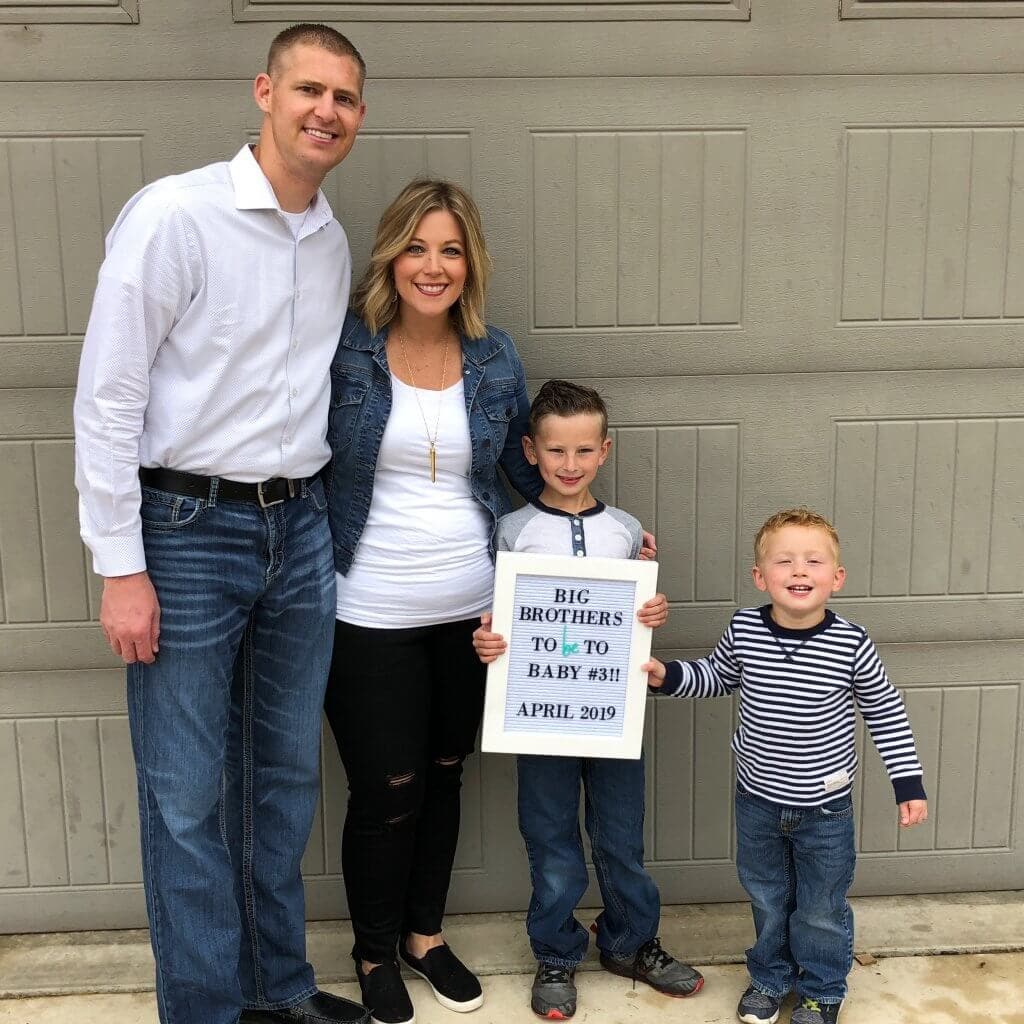 So, when we began to try this spring, I had the upmost confidence I would get pregnant the first month.  No one in my family (that I am aware of) has ever had to  really “try”.  Even my sister has identical twins with no fertility treatments and little family history of multiples.

God changed my story this time.

After our first month of trying I swore I was pregnant, after all, that’s how it happened the last 3 times.  (I had a miscarriage in 2010 prior to having my first son.)  Even though multiple at home tests came out negative… I just knew I was.

I even had the doctor do a blood draw and told them “I know I’m pregnant, I never struggle to get pregnant… it’s just not showing up on a home pregnancy test which is what happened with our first baby that we miscarried.”  The blood test was negative and I swallowed my pride and felt pretty humiliated.

After a few months of trying and a lot of negative tests I began to feel defeated.

This is something that feels so selfish to say because I have friends who tried for years to get pregnant.  This was never a place I’d been though… it was brand new territory of ovulation test strips, doing the “deed” whenever it was “time” and the hope of a positive test, only to see “not pregnant”… again.

During this time was also when I was struggling with my weight loss journey.  For over 2 years I’d spent my days focused on getting as healthy as I could, dropping weight, exercising and doing whatever I could to achieve “optimal health” to prepare me for this day.  The day we decided we were ready to have a third baby.

A few months after reaching my “goal weight” though, I had slowly put on a little bit of weight and had requested my goal weight be raised 6 pounds because I was exhausted trying to maintain it.   My doctor wouldn’t raise it, which meant at the time I had to pay to go to Weight Watchers even though I was a Lifetime member who felt healthy, but because it wasn’t in the range it needed to be I lost the privilege of a “free” membership that Lifetime members in their goal weight range receive.

My definition of healthy didn’t matter to the program I’d chosen to lose weight or my doctor.  It was all sadly based on the mere fact that MY healthy number didn’t fit on the BMI scale in the “normal” category.

I was under a ton of stress because of my very small weight gain and trying to get pregnant.

My cycles were not normal.  I wasn’t sleeping much.  I was exercising a lot to try to get my weight back where it “needed to be” because I was also terrified of getting pregnant “bigger” than I wanted to be.

Looking back now all the signs are so clear to me.

Everything I was doing was wrapped up in a lot of fear.

During our third month of trying I really began to question if this was the plan.  I was getting ready to turn 36 and we had made a deal that if we couldn’t get pregnant on our own, we wouldn’t do any fertility treatments and take it as a sign that we were supposed to be done after our 2 boys.

We also both knew we weren’t going to try for an extended amount of time because honestly, it was stressful and emotional and I didn’t want to spend months on end feeling that way.  I knew that as long as we tried I’d be able to shut the door to a 3rd baby if that’s what we felt God was saying to us.

While driving one day I got really emotional about what in the world I was supposed to be doing.  I felt very confused in many different areas of my life.  I prayed in that moment, God I don’t know what to do about my weight and whether to leave Weight Watchers.  I’d made my journey so public and to turn away just felt scary as hell.  I also asked if we were supposed to be trying to have a baby?  Was this not in His plan?  Why couldn’t we get pregnant this time?

In that moment I heard a whisper in my heart that told me,

“Amy, I’m not done with this part of your journey yet.  When you allow me to finish it, then we can move forward”

I knew what He was calling me to do.

I was putting it under far too much stress that a baby just wasn’t possible at that time.

I left Weight Watchers that week.

I began eating more intuitively and ignoring calories and points and just listened to what my body wanted.

I cut back some on my workouts, though I went (and still do) to Bar Method 3-4 days a week.

I called my husband on a Wednesday and told him once again, we weren’t pregnant.  But then I never fully started… so 4 days later I took a test just to confirm I wasn’t pregnant, because after all… I had been spotting just days earlier. 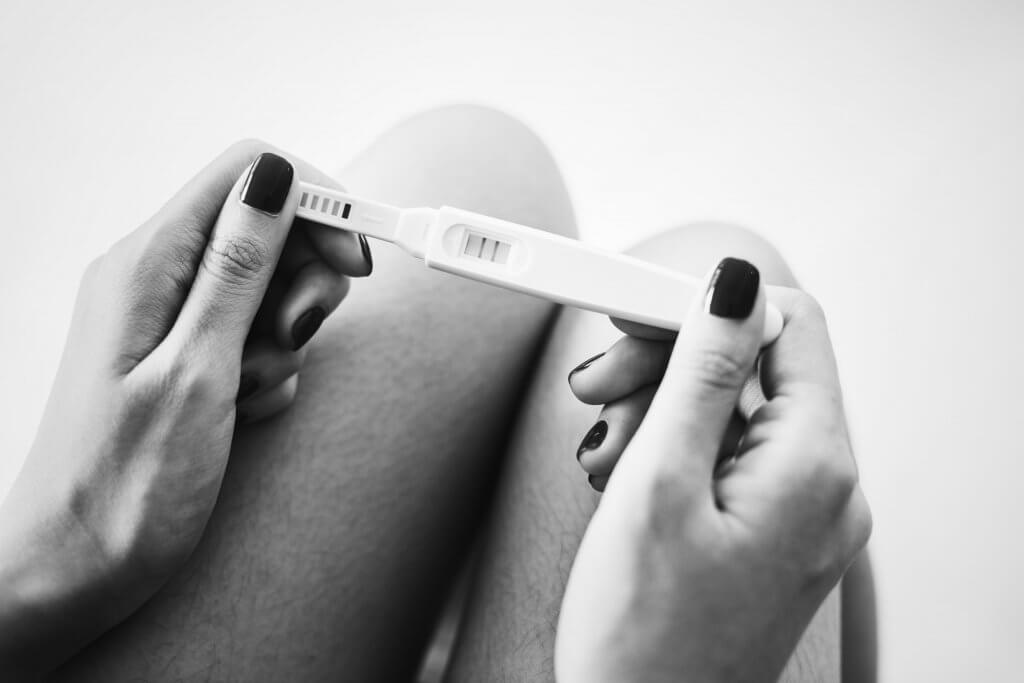 The test was positive.

I’ve never been happier to see the words, “pregnant”.

I was in a state of shock that when I gave up ALL control, over everything I’d worked so hard TO control… God gave us a gift that was worth everything I gave up.

I am not a doctor, but I am a survivor from an eating disorder and I have a Bachelor of Science in Health Promotion.  My theory is that my body was hungry.

Hungry for more food, more rest and less stress and it wouldn’t allow me to get pregnant until I let go of control.

It was not easy.

One of the scariest things I’ve ever done is leave Weight Watchers.  I’ve been judged, I’ve felt like an outsider and I’ve had develop a tougher skin.  But where I am today is in a place of total understanding.  I had to go through ALL OF IT to get here.

Why did I want to share this with you?

I wanted to share this with you because you never know the battle others are fighting.  I didn’t want to share this part of my journey while we were trying to conceive.   It’s honestly very scary for me to share even now because I don’t want it to be misunderstood that I am claiming infertility… I am not.  It took us a fairly “normal” time for most people to get pregnant, it just wasn’t “normal for us”. I also needed the perspective of getting through it before I wanted to share it.

I assure you the last several months have not been easy.

But today, as I sit here at 17 weeks pregnant with a growing belly in a larger body than I was a year ago, I am thankful. 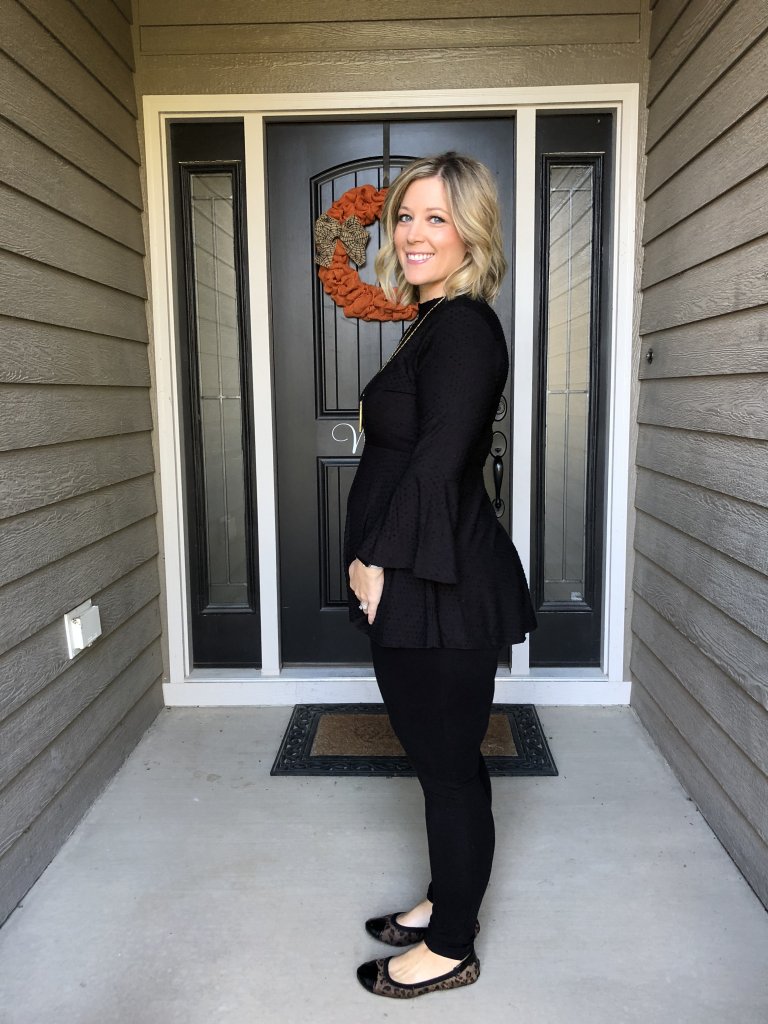 I am thankful I stopped dieting and listened to my body.

I am thankful I trusted my body to take care of itself and God for the plan He had for us all along.

I am thankful for my sweet baby girl, yes, A GIRL! 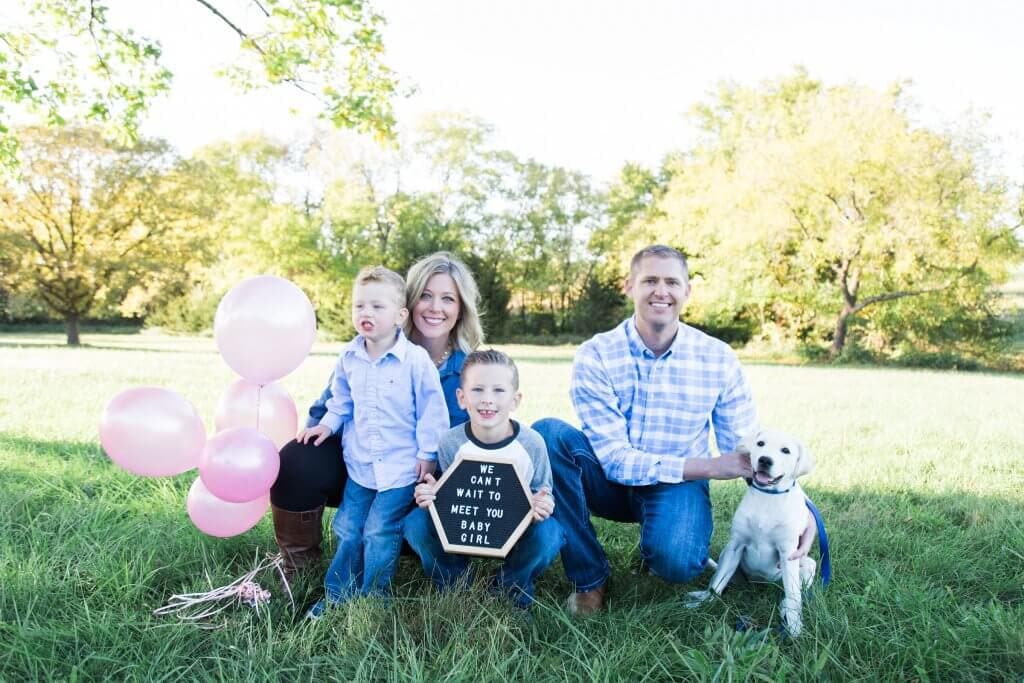 I am thankful for the perspective that I have now on diet culture and how I hope and pray that I will raise my children to never again see me on a diet, rather a woman who has a healthy relationship with food and her body regardless of the number on the scale.

I no longer want to let the scale determine my self worth.

I am thankful for the perspective this gave me for the women who struggle with infertility.  I SEE you.  I won’t claim to have struggled with infertility but seeing negative results for 3 months was an eye opening experience for me to have a new and deeper appreciation for women who yearn for a child and have not conceived.  You are warriors.  My prayer is that God grants you the desires of your heart.

This is my last pregnancy, and I’m enjoying it.  God gave me this precious gift that I will not take for granted.

I will not shame my body because it is growing, I will celebrate it because it’s creating a life just a few short months ago we didn’t know if we would be blessed with.

His plan is always right on time, and it’s always more perfect than we can imagine. 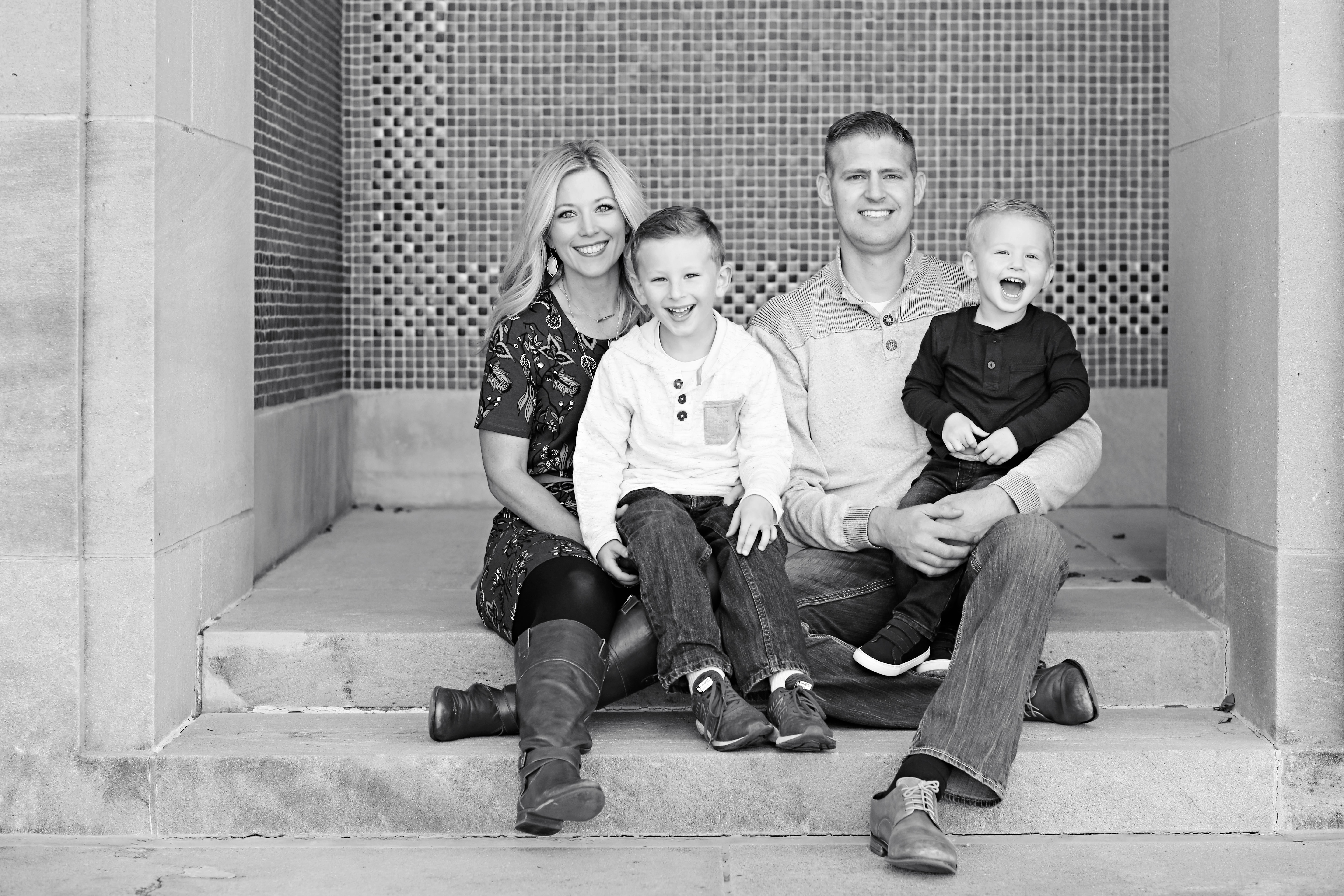 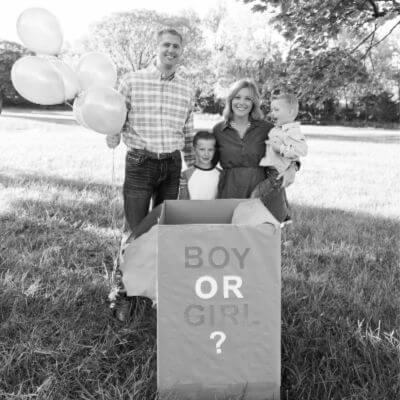 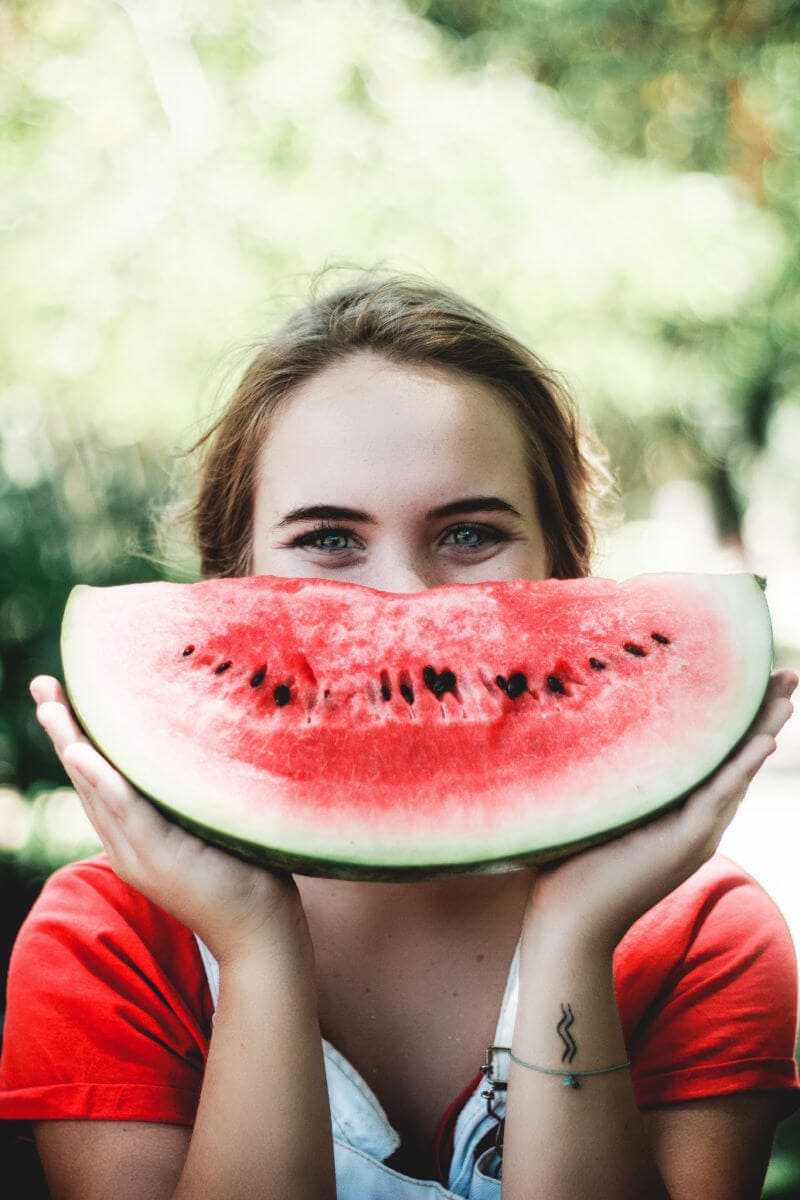 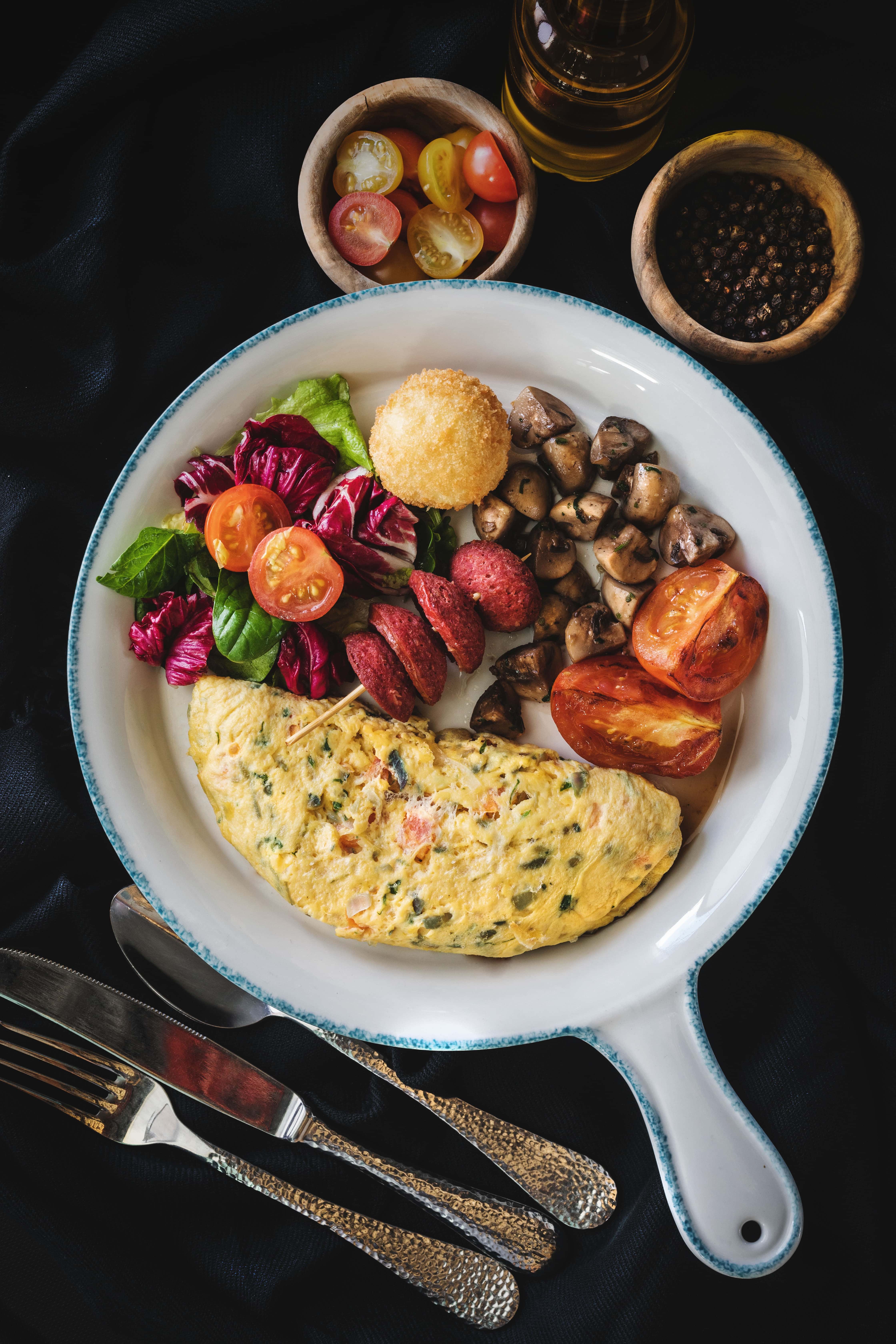 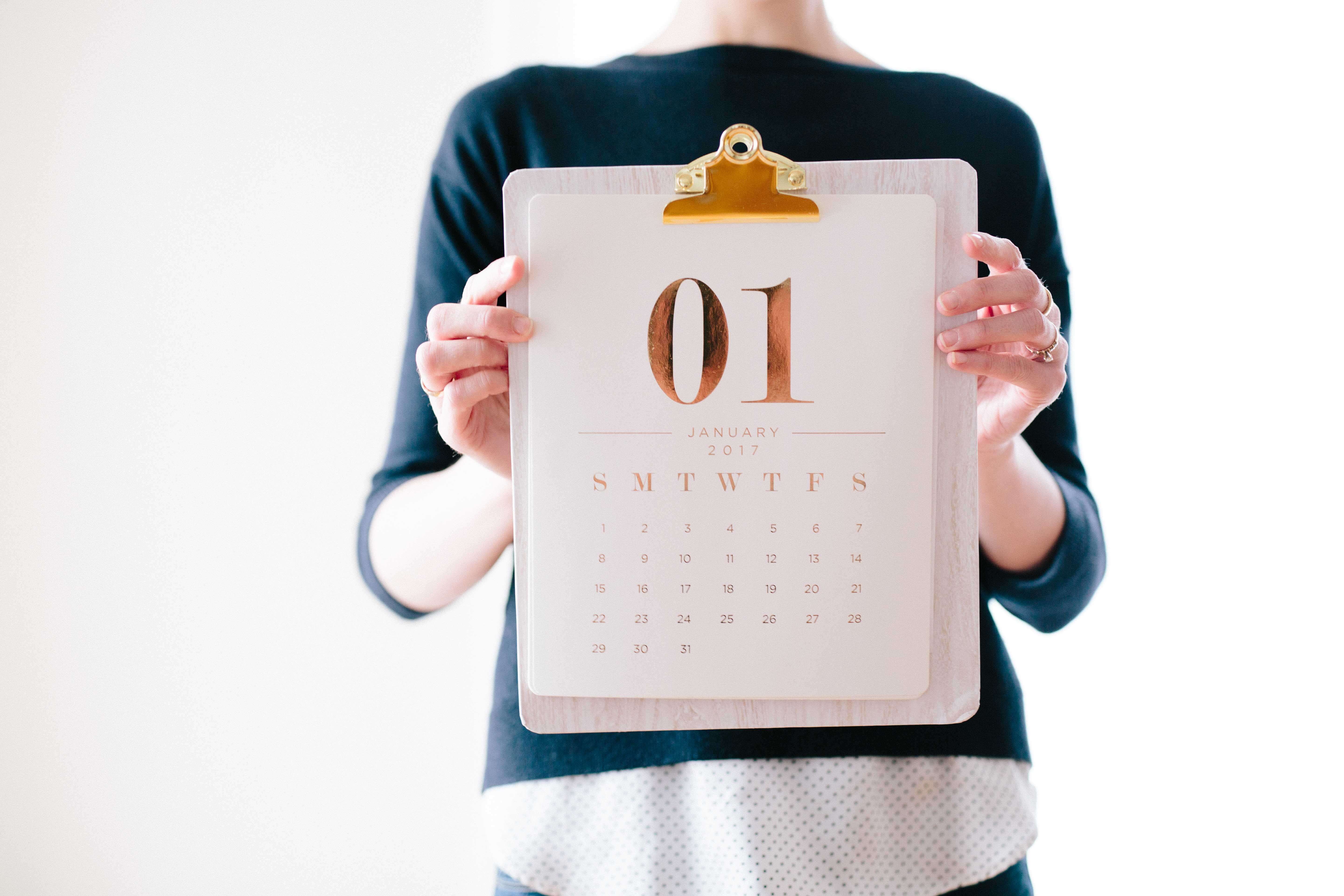